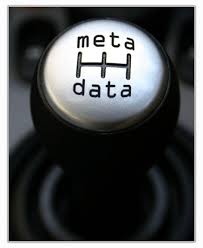 That the United States government has been secretly sweeping information from phone records in order to keep Americans safe has become the crisis du jour.  I must say, with the IRS scandal and now the storm about metadata, it feels a bit like my college days during the Watergate era.  As the famous philosopher Yogi Berra once said, “It’s like Deja Vu all over again.”

What do you think?  Has the government clearly overstepped its bounds?  Are we in a new day that requires this degree of surveillance?  I read somewhere that people are getting so nervous about government intrusion that X number of copies of “1984” have sold recently.  They’re going like hotcakes.

I still don’t know what I think about the surveillance matter.  But I do know what I think about Facebook.  Here’s another version of the metadata thing and it’s a particularly galling one.  It also raises a thorny question.  A few days ago I was reading my FB newsfeed and saw that a friend had shared an article on Christian worship.  Keep this fact squarely in mind: I was reading an article on Christian worship.  As my vision worked its way down the page, I came upon an ad, smack in the middle of the article, for one of those online universities.  I barely noticed, since I’ve seen that ad in a sidebar a dozen times.

I read on.  And then, there she was in all her buxom glory.  Right in the middle of an article on Christian worship appeared the arresting image of a very young (at least for a guy my age), very pretty, very busty, woman.  The ad was for a t-shirt business.  Does a revealing tank top qualify as a t-shirt?  The beautiful young woman was leaning forward suggestively to make sure I had a good view.

Did I mention that I was reading an article about Christian worship when I experienced this visual assault?  It took me a moment to realize that this ad did not show up on everybody’s Facebook feed if they, too, just so happened to be reading this same article.  No, this ad was targeted directly at me, or, more precisely, at my demographic.  Huh?  You super tech-savvy people explain to me how, if FB can see in my profile that I’m married for a long time and that I’m verging on old manhood, why on earth would they lay that kind of ad on me?  Is my desperation and haplessness that obvious?

I have wracked my brains over causation.  What might I have possibly posted to give somebody somewhere the idea that I would be interested in that t-shirt company with that over-exposed girl for an attention-grabber?  I’m stumped.  I post stuff about higher education or religion or Christian discipleship or United Methodism or an occasional sports thing or family stuff.

OK, enough of this flight of fancy.  The serious question that I’ve been ruminating on is this: how much does this use of metadata shape the environment rather than reflect it?  Not a new question, I know.  Still, when or how does it switch from “responding to” to “imposing on?”  When does it become the force that shapes reality?

I generally understand that internet entities like Facebook have access to lots of personal information about me, so they push certain kinds of products or causes my direction.  On a side note, I rather like it that I get ads from both left-wing and right-wing groups as well as both the political parties.  (Maybe that was a redundant statement.)  I also understand that since Facebook has gone public, it really needs to sell ads.  Still, wherever the homunculus is that is dropping these particular offerings into my Facebook feed, it somehow thinks that they are “relevant” to me in some potentially profitable way.  In one sense they’re just responding to what they think they know about me.  In another sense, they are attempting to create a reality that will elicit the desired response.

We are being told a gazillion different ways that we in the United States are passive, needy, and more or less passion-driven consumers.  We don’t have much agency left.  Just appeal to my base instincts and I’ll buy, sign up, do whatever, as long as I can feel safe and have what I think I need.

To all my friends, but especially to my Christian fellow travelers, let’s pay attention.  Let’s keep our heads up and our eyes open.

Thinking about Metadata More Than I Ever Imagined
Tagged on: "1984"    Facebook    metadata    National Security Agency    surveillance

One thought on “Thinking about Metadata More Than I Ever Imagined”