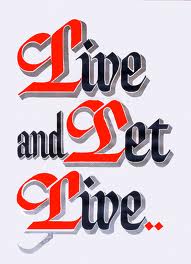 Along a stretch of Interstate 45 in Central Texas (south of Corsicana), one finds the interesting juxtaposition of country churches and “gentlemen’s clubs.”  In one case, the church and the men’s establishment are literally a mile or two apart from one another.   The amazing thing to me is how “normal,” how common, this vista has become.

Remember, we’re not talking about the flesh pots of Egypt.  We’re talking Bible Belt country.  And I can easily find the same thing elsewhere, in Kansas, for example, my home state.  Deep in the southeast corner along federal highway 166, as one gets ready to enter into NE Oklahoma to pick up Interstate 44, one finds a roadside strip joint very close to a fairly new church building.  I assume it’s still there.  I haven’t been down that road for a while.

(Because I have a few friends who read this blog who are real pranksters [I’m thinking of you, Rick Just!], I feel anxiously compelled to anticipate this question: “Rankin, how come you know so well where these places are?”  Answer: I drive a lot.  I don’t stop.  Just sayin’…)

Two thoughts emerge.  First, a highway landscape dotted with gentlemen’s clubs has become “normal” in the past about 25 or 30 years, which makes me wonder what changed.  Remember, this is  roughly the same period as the emergence of groups like Moral Majority.  Long before the Internet gave us easy access to sexually explicit materials, the Interstate started becoming a place for these “gentlemen’s” establishments.  I used to drive Interstate 70 through Missouri on my way to a semi-annual meeting in Kentucky.  If memory serves, I started noticing these places in the early 90s.

Other places, too.  They began springing up in places where, in another generation, one would have never found them.  Some years ago, I started noticing ads for these “gentlemen’s” establishments on my favorite classic rock radio stations.  Right on the heel of the benefits of Dr. Scholl’s, you hear a woman’s purring voice telling you of the great time you can have at _______’s.

I’m struck by the “live and let live” attitude that the close proximity of churches to “gentlemen’s” establishments suggest.  Imagine: you take one exit for the church parking lot and Sunday morning worship.  You take the next exit and find your way to a place of worship of a different sort.  Some people are “church people.”  Other people like to “have a good time,” so to speak.  I know, sometimes they do both.

Yes, I understand that these places are probably not for the local folks.  They’re probably for people who spend lots of time on the road and are just passing through.  Still, it’s the live-and-let-live idea that catches my attention. “It’s your choice.”  We’re different kinds of people with different values.  Some people like going to church and others like going to strip clubs.  It’s your choice.

I’m not posting to rail about strip clubs.  I am trying to think about what this scene tells us about us.  Whether you go to one place or the other is really “your business.”  It’s not “my business.”  And there is something troubling about the expression of this attitude.  I’m not interested in meddling in other people’s business.  I am interested, however, in a good and healthy society, and I don’t think that the ease with which we’ve come to live with this ironic juxtaposition of establishments is a good sign.

In our society we prize individual freedom.  But we also know that there are limits and those limits are usually set by a people’s values.  For example, I heard recently that even those smoke-free vapor electronic “cigarettes” will be banned from Starbucks shops.  I was in a local coffee shop (not a Starbucks) recently, and a the guy at the table next to me was smoking one of those things – the first one I had seen in public.  It was fascinating.  I only saw vapor when he picked it up and took a drag on it.  Otherwise, it sat on the table, emitting nothing.  Man-at-the-table-next-to-me, I apologize for staring at you.

For some reason, people who go to Starbucks apparently won’t tolerate this behavior, even though it poses not a single solitary health risk, so far as I know.  I’m not up on this technology, I admit.  But the only reason I can think of that Starbucks would make the move to ban even e-cigarettes is because some people complained.  Or Starbucks managers worried that some people would complain.

So, do strip clubs and churches peaceably coexisting within the same small space suggest a healthy society or a weakening one?

I don’t know what to make of any of this.  I’m just aware of how we tolerate some behaviors and we don’t others.  And that what we tolerate changes over time.  I think, at the least, we need to be aware that these changes happen.  And we need to ask whether certain changes are good.  And we need to think about how (by what criteria, on what basis) we go along with the changes.  The experts can help us think about these things, but we can’t leave it to the experts.  We have to live with one another.  We have to think and come to some conclusions that work.

What We Tolerate, What We Don’t
Tagged on: E-Cigarettes    social change    Starbucks

14 thoughts on “What We Tolerate, What We Don’t”