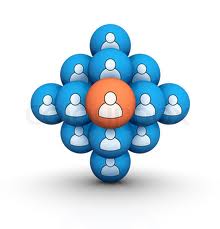 Imagine this scene: a group of twenty or so United Methodist leaders are gathered in a circle for the opening prayer of a weekend training in spiritual formation.  The leader begins with asking each member of the group to center her thoughts on God “as you understand God…”  This seemingly innocuous qualification opens the door to some serious questions.

In one important sense, “as you understand God” acknowledges that, when invited to pray in the quiet of our own minds, each of us pulls into consciousness varied particular conceptions of “God.”  One person thinks of the famous Michelangelo painting of the creation of Adam on the Sistine Chapel ceiling.  Another thinks of God as Christ seated on a throne.  Another imagines Jesus in the midst of children, gathering them onto his lap.  Another may call to mind a beloved piece of art.  One of the United Methodist Church buildings I know has some brilliant stained glass that abstractly depicts the flow of movement of the Holy Spirit. That leader in using “as you understand…” is simply recognizing the breadth of our experiences.

But that is not all that is happening. Individual experience becomes isolation when not formed by communal concepts.  If we can have twenty different understandings of God, what unifies us?  Are there limits to the range of acceptable differences?  If so, where are those limits?  When does “as you understand God…” become license to a do-your-own-thing theology?  What is the difference between twenty United Methodists gathering to pray and twenty people from the world’s varying religions offering widely divergent prayers who just happen to be physically in the same space?

To answer these questions requires trying a bit of philosophical reflection.  When in prayer I call to mind a particular image or concept, philosophers call that conscious action “intending” an object.  I focus on it.  I consciously attend to it.  I “intend” it.  The abstract noun is “intension,” which is related to, but not the same as “intention.”  In the former, the reference is to the act of focused attention.  The latter refers to the act of purposefully choosing.  Right now, we are talking about “intension” (consciousness), not “intention” (purposefulness), though they often work together.

If a group of United Methodists can “intend” God in widely divergent ways, what holds us together?  Where is the common ground?  The easy answer is, “language.”  We have common terms woven into our corporate prayers and our liturgies that refer to a common set of stories, actions and purposes.  The Gospel reveals a particular God who has acted in particular (and very peculiar) ways.  This God calls forth a particular response from the people who believe in and identify with that God.  Our language helps us stay connected to this Story and this God.

This reference to a common language is a good start, but there is another question that nags me, especially these days.  What happens when we use common terms, but with differing “intensions?”  Remember what that word means.  Since I started with an example from corporate prayer, I’ll share a personal/professional dilemma as a university chaplain.  When I pray at a public, university function, I am expected to pray in a way that represents the religious diversity of our community.  (I guess it’s still OK to offend the atheists, but that’s another matter.) To be clear, my supervisors do not require me to use such language.  It’s one of the tacit expectations of university culture.  Thus, I resort to the word “God” a lot.  It may be “Gracious God” or “Holy God” or “Loving God,” but “God” is almost always the operative appellation.  Not “Heavenly Father.”  Not “Holy Trinity.”  Not “Father, Son and Holy Spirit.”  Never “in the name of Jesus,” or “our Lord and Savior, Jesus Christ.”

The assumption behind this practice – an assumption I do not share – is that using a word like “God” allows at least the monotheists in the crowd to have a shared experience in the academic ritual without “imposing” the particular concept of one religion (even if it is the religion with which the university is officially related) on people who do not share that faith.  Using “God” allows us each to intend the dogmatic object of our particular religion.  “God” thus serves as a placeholder, an empty linguistic bucket that we can variously fill.  For monotheists we might be able to recognize some common Reality when using the word, but others who are not monotheists can just as easily use it to intend whatever they intend when they intend this Reality.  You see how hard this gets?

Which leads me to these two thoughts.  First,  the supposed neutrality of the practice of using a place holder term like “God” – then allowing people to fill in the blanks with their own content –  is not neutral at all.  There is clearly a dogmatic concept of “God” at work.  It is a pluralistic view of God, based on the assumption that God is ultimately unknowable.  That concept is fundamentally anti-trinitarian.  Christology inevitably and obviously takes a serious hit as well.  Were I, as university chaplain, to pray for university functions “in Jesus’ name,” I would offend significant segments of the community.  As representative of the community, I would be “intending” something in my prayer that does not represent the theology of members of the community.

This is more than a minor conundrum for me.  I am an old-fashioned, thoroughly Trinitarian Christian.  I am likewise a United Methodist elder.  I’ve read the Book of Discipline and I know what is expected of elders.  Being a chaplain in a university does not absolve me of that responsibility.  Maybe it does not extend to public prayers for the university, but I’m nonetheless ill at ease with working at a United Methodist-related institution and hiding Christ behind a veil of language that allows us all to fill in the “God” blanks with our whatevers.

Second, to the degree that we United Methodists permit or encourage this way of “intending,” we engage in a practice that corrodes and ultimately destroys unity.  I believe it is one of the reasons we are imploding as a denomination.  (There, I said it again.)  We cannot assume that using the same words represents shared “intensions.”  We must in certain basic and recognizable ways “intend” the same Object, the same Story, the same Meaning if we want to be a recognizable faith community.  This does not mean lockstep agreement on every question or item of concern, but it does mean some degree of unity on core substantive beliefs.

I think this logic I’m trying to work out here applies in a variety of extremely important ways.  I blogged a few weeks ago about “resurrection.”  Here’s another word we United Methodists can use together, but mean significantly different things.  If I mean “bodily” and you mean “symbolic, not bodily,” then we “intend” two different events using the same word.  Logically, we have the old problem of “A” and “not-A.”  “A” and “not-A” are mutually exclusive.  Practically, those different events lead to different experiences of “Gospel.”  And to different experiences of “God.”

Pretty soon, we have to start wondering if we really are of the same ilk.  And that’s my interest and desire.  Not who we can exclude.  Not some faux doctrinal “purity” for the church. Not a power grab for control of denominational levers.

I’m looking for my family.

8 thoughts on “Looking for My Family”