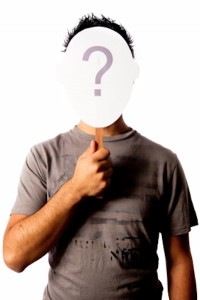 Sometime around 1985, if I remember correctly, in the middle of my seminary tutelage, I had a conversation with a fellow student that has stuck with me over the years.  I include the date so that the reader will know just how long this topic has been on my mind, not to mention how long we’ve been discussing it publicly.

I cannot remember how the subject of sexuality came up.  We were in the middle of a peer review of a paper, a student discussion led by a faculty member.  I was the one in the hot seat that day.  I had not written about sexuality, so I don’t remember how or why the subject arose.  But I do remember this comment from my fellow student, an out lesbian (which I knew before this moment).  She said to me, “If you don’t accept my sexuality, you don’t accept me.”

I have heard or read this claim dozens of times since that day.  As I said last week, I hate writing about sexuality because it is so personal, so painful, especially right now.  I feel a growing alarm about statements I hear and read, so, once again, I feel I must say something.  And I want to analyze this claim, that if I do not “accept” (I use scare quotes for a reason, which will become evident in a moment) someone’s sexuality, then I don’t “accept” her or him.

First, let’s recognize the statement for what it is – a truth claim.  In other words, this person was not, at that moment anyway, describing her experience or simply offering her take on the matter.  She was making a claim that had direct bearing on my view.  More pointedly, her opinion was a judgment of my opinion, pure and simple.

Now, let me tell you why I’m alarmed.  In the current popular hostilities, “not accepting” seems increasingly to mean “hate.”  The if-then logic goes like this: if I don’t accept your sexuality, then I hate you.  This is a huge and dangerous jump – for everyone.  And there is a similarly ominous corollary claim: if you hold a “traditional” view of sexuality and marriage, even if you don’t engage in hate speech or do anything actively to oppose gays and lesbians, etc., you still are guilty of helping to maintain a threatening heterosexist system tantamount to the Anti-semitism of Nazi Germany.  And we all know how that ended.  Peter Gomes makes this very claim in his book,The Good Book.

There are a number of angles to take on this most difficult of conversations and I’m going to try to offer some coherent thought, without being able to take the space to go step by step on everything I’m thinking.  (This blog is already much longer than I prefer.)  Let me also readily acknowledge that I could be wrong.  But here is my first point: I can be wrong in my thinking about your understanding of yourself, your identity, and your behavior (in one class of behaviors – sexual), but being wrong in my opinion about how you understand and present yourself is not the same as my lack of esteem and love for you.  They are two different sets of thoughts.  I can still like you very much, affirm your right to live as you please and disagree with your understanding of yourself.  I may just be wrong about you while still esteeming you.  So, it seems to me at the start, that claiming that my being wrong is the same as hating you is a plain non sequitur.  And a dangerous one because it breeds suspicion and fear.  There is an irony at work here that I would love to comment on, but I’ll have to leave it at that.

Now back to my fellow-student’s claim.  Let’s think of “identity” and “sexuality” as two circles.  In her comment, she seems to be saying, without actually stating it this way, that the circle of who she is and the circle of her sexuality are the same.  There is an exact proportional identity.  In some sense, it seems, “identity” and “sexuality” completely co-inhere.  The implication follows that there is therefore no conceptual room for me to think about my fellow student in any other way.  And if I do, it must be because I am motivated by something sinister and morally wrong – an irrational fear (homophobia) or something like it.

I think the position I just sketched is an extremely difficult one to sustain and support.  There is far more to a person than sexuality.  (At the least we ought to be able to have a respectful discussion about this point!)  We all know people who do not want to be limited in their identity in this way.  They own their sexuality without problem, but they are also competent professionals and colleagues, neighbors joining us for cookouts and sports fans and musicians and a host of other qualities that make them who they are.  They want to live in freedom and dignity, but they don’t want to make an issue of their sexuality.

So, you see, I think I really can disagree with someone’s claim on (what look to me like) good logical grounds and I can still love that person very much.  In fact, I do.  When discussing other topics, this is obvious and we all know it.  Whether I love someone or not has little to do with how I evaluate a statement that person makes.  Why, then, do we seem unable to apply this same logic to our discussions about sexuality?

Now I come to the meaning of the word “accept” used above.  Remember, the claim I’m working with here is that if I don’t accept someone’s sexuality, I don’t accept that person.  It seems to me that “accept” in this statement actually means that I must morally affirm and agree with that person’s sexual self-understanding.  Or, to say it this way, it appears that”sexuality” and “identity” mean the same thing.  Part of the difficulty with this claim is that it trades on an understanding of “accept” that, so far as I can tell, we do not use in any other situation.  The truth is, we very commonly accept one another without agreeing with one another on all manner of other issues. If sexuality is that different, such that we must dramatically alter how we use language around it, then someone needs to help me understand what makes sexuality that different.

You might object that I’m not taking account of bias or subjective feelings, etc.  Of course I am.  I’m fully aware of my biases and I know that language has power and talking about “logic” has its own power dimension, as if appealing to “logic” somehow makes my thoughts more important and impact-ful.  Yes, language has power, but one of the reasons it has power is because it helps us talk about what we believe to be true and real.  Again, I wish people saw the irony, but apparently we don’t.

You’ll notice that, even though I am a Christian, I have not mentioned the Bible once.  Part of my agonizing over the raw public animosity is how much time we waste arguing back and forth about what the Bible does or does not say.  It is a legitimate concern to search the scriptures, but there are quite a few other questions besides just what the Bible says that we Christians need to engage if we really want to have a serious, respectful and substantive discussion.  Can we please stop using the Bible as a tool in the culture wars?

So, I come back to my major concern: the either-or logic that demands either full approval or hateful rejection and possible violence.  Let me say it again: I could be wrong in my thinking about sexuality.  Off and on since 1985, I’ve been reading, thinking, praying, listening and talking.  And I still am.  I have two books on my desk right now, written and edited by serious scholars, gay men in long-term relationships.  One is a historical study and the other deals with theoretical questions about sexual identity.  (By the way, so far I’ve read much more in these books about “desire” than I have about “identity.”  Even among those who fully support gay marriage and easily affirm same-sex activity, the term “identity” is apparently a challenge to understand.)  But even if I’m wrong – even if I just “don’t get it,” it is still a dangerous, destructive jump to conclude that I therefore must hate gay people.

Finally, not one thing I’ve written in this blog actually says anything about what I think about sexuality per se.  I know that you can scour through my comments and read between the lines and draw your own conclusions.  But be very careful when you do.  You might be wrong.  My sole purpose in this post has been to focus on one of the problems I think I see in how we talk about the issue.  That’s it.