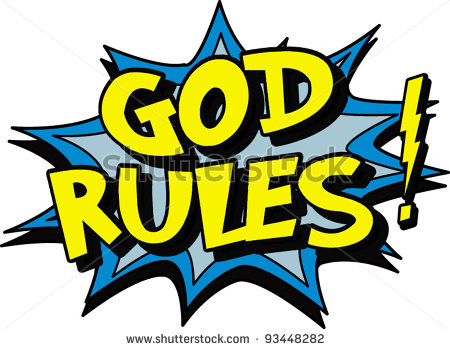 College campuses have become zones of utter moral ignorance.  Not “immorality,” but ignorance.  (Moral ignorance is not the same as intellectual ignorance.  Think of the Greek word “moros,”  which means “fool.”)   This post will be no screed against immorality.  We have a much more basic problem.  To act in “immoral” ways one has to know the moral system that one is offending.  We mostly don’t.  And college ministers generally are ill-prepared to address this problem through the current forms of their ministries.

Just because campuses are zones of moral ignorance does not mean that there is no moral system operating on campus.  In a recent blog post I tried to describe the party culture as a moral community.  I touched on points that I’ll try to develop a bit more now and then get to why I think we in college ministry are not handling matters particularly well.

To my task by way of a recent experience: I recently participated in a conversation with some students and school officials surrounding an alcohol-related near tragedy.  Thankfully, it was only a near-tragedy.  The conversation we had was very revealing.  As I listened to the students talk about their motives related to the actions that led to the incident, the operative moral system became crystal clear to me.  In relation to the party scene, students generally do a kind of informal cost-benefit analysis.  The potential risks of the extreme partying scene are worth the payoff of the experience they have.  It’s even worth the risk of getting caught and getting in trouble.

That last point is a very, very important one.

Cost-benefit analysis.  Sound familiar?  It is part and parcel of the moral system that we teach students in a variety of ways, on campus and beyond campus in the larger culture.  It has several important components:

1.  The benefit is happiness (subjective wellbeing), experienced in some particular way through the extreme social scene.  Happiness is the main goal of life.

2.  On the happiness question, the individual reigns supreme.  Each individual gets to decide what makes her/him happy.

3.  The cost – hangovers, getting sick, alcohol poisoning, unwanted sexual experience – is worth the benefit of a great time, a good feeling with people who seem like good friends.

What we have here is a utilitarian ethic enmeshed in a system that teaches us all that we’re consumers.  In this case, students are consuming a certain type of desired experience.  This is not news, I realize.  What is news is just how deeply our young people have accepted this moral vision and how desperately they pursue it.

(I just learned of a new book from Cascade (wipfandstock.com) by Bruce Rittenhouse, Shopping for Meaningful Lives: The Religious Motive of Consumerism.  The blurb and endorsements refer to the very problem I’m trying to name here.  I can hardly wait to read this book.)

The utilitarian ethic makes social behavior like partying a “private” matter.  What you do on your own time, with your friends, is your business as long as you don’t hurt yourself or others (notice the utilitarianism).  Precisely here, we start to run into difficulties that make all our institutional attempts to improve on the terrifying scenarios that have become a normal part of college life largely ineffective.  Colleges and universities are filled with faculty and administrators who care deeply about helping students avoid these problems, yet we are essentially helpless and hapless.  Why?

Because this utilitarian ethic is as much our assumptive world as it is our students.   It is the water we all swim in.

Back to the conversation with the  students.  Their rationale for the extreme partying plays out like this:

1.  College is about having a good time, going crazy, and partying.  It is like a four-year summer camp with no adults around during off hours.  Minus the crazy partying, we adults (including parents) talk about college as if it were this golden period in a young person’s life.  They come to us already primed for a great time.  I’m not making this up.  I’m describing it how students do.

2.  A “good time” almost always entails vast quantities of alcohol and ready recreational sex.  When you define “good time” by these criteria (and many students do, though not all), then anything less seems like a downer, as if anyone who tries to get students to slow down a little are bent on taking away the whole college experience.  They can almost talk about this good as a “right to party.”

3.  When school officials try to take away this vision of college life that students are determined to pursue (remember, this vision entails a good in the classic moral sense), students move into cost-benefit mode: how do we party without getting caught?  How much are we willing to risk in order to realize the good (the pleasure, the sociability, the happiness of the party scene)?

We (the grownups) have taught them this moral vision.  Keep in mind, nobody means to encourage extreme behavior.  I am by no means accusing anyone of moral lassitude here.  Because we have essentially stopped talking about morality, we don’t recognize the moral vision as such.  This blindness (and ignorance) has all kinds of unintended consequences.  The only system students (and we) know – utilitarianism – they know in an unexamined way.

Now to the role (or lack thereof) that college ministers play: students function as consumers.  It’s about their individual plans, their goals, their majors, their happiness.  We teach them to get involved in campus activities, along with their majors, in order to help them realize their goals and develop their personalities.  The fundamental criterion thus becomes this question, “What should I do with my time to make sure I’m happy while I’m in college?”

We college ministers play right into that scene.  We dangle shiny experiences in front of them while using terms like “discipleship.”  We offer them a cool mid-week worship service so that they don’t have to bother with getting up on Sunday to go to church.  We tell them that being Christian is not about “being religious,” but “having a relationship” (with Jesus, of course).  We try to entice them in a variety of ways to give us some of their precious weekly schedules.  And whenever they see anything better come along that matches the moral vision they have of themselves, they drop us and move on.

Just like college administrators, nobody in campus ministry intends for things to be this way.  Most definitely, I can name you wonderful exceptions to my generalization.  Still, the culture of individual prerogative – the student-as-consumer – dominates campus ministry culture as much as it does the rest of campus culture.

What do we do?  I think it’s time we re-introduced the notion of the fear of the God.  “Fear” is a bad word (see Don Saliers’ perceptive analysis in his book, The Soul in Paraphrase, p. 50).  Like Saliers, the term does not mean the emotion of fear, as if we have to worry that God is going to lose his temper and knock the heck out of us.  The fear of the Lord starts with recognizing that our lives are not our own – precisely the opposite direction that the current expression of individualist utilitarianism says – that we belong to God and we’re here to serve God’s great purposes.

I think students will hear us if we start talking this way.  They are hungry for truth.  Much of what is happening now is because they don’t really see anything better.  College ministers, we can show them.

2 thoughts on “College Ministers: It’s Time to Talk about the Fear of God”