(Happy New Year.  2013 is off and running and the next handful of posts will look at significant trends that call for wise, morally sensitive, thoughtful Christian witness.) 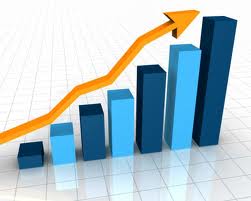 You may have read or heard that the 113th Congress just installed its first Hindu member of the House, first Buddhist Senator (who admits that she doesn’t currently “practice”) and its first “none” (no religious affiliation of any sort) who is also the first openly bi-sexual member of Congress.  For good reason, a Washington Post article describes this Congress as the most diverse in history.

The increasing religious (and sexual) diversity of our country is now showing up in the highest levels of political leadership.  Which category is shrinking?  Protestant.  Am I alarmed?  No.  But it does make me think about how a United Methodist Christian like me bears witness to the Gospel of Jesus Christ.

Some thoughts in light of the trend:

1.  We’ve been here before.  I like Rodney Stark’s slightly pugilistic style in his book The Triumph of Christianity.  In the chapter, entitled “Assessing Christian Growth,” he estimates that the church grew from a best guess of 1,000 adherents ca. 40 CE/AD to almost 32 million by the year 350.  That 32 million figure constitutes roughly 53% of the population of the Roman Empire.  He argues, furthermore, that this growth did not happen through a bunch of miraculous events, but, rather, through the normal day-to-day witness of Christians willing to love their neighbors.  For example, when the plague hit Rome and people with means mostly left the city, the Christians stayed behind and nursed the sick, risking their own health in the process.

2.  The more religiously diverse our country and culture become, the more knowledgeable we Christians need to be about our faith, at least about the basic doctrines and, more specifically, about questions that people have about religious faith that those basic teachings address.  We have something good and deeply relevant to share.

As with point #1, we’ve got some work to do.  Christians in the United States as a lot are far less theologically/doctrinally knowledgeable than our ancestors, even though we have more easy access to the teachings.  There is an irony here, to be sure.

3.  The more religiously diverse we become, the less plausible the “religions are all pretty much the same” conceit becomes.  It is a common refrain among college students especially.  A certain category of religious pluralists help to perpetuate this sentiment, even if they don’t mean to do so (and some of them do mean it).

I hope we United Methodists especially pay attention to this third point.  Survey after survey (I’m thinking especially of Christian Smith’s research team’s work in Souls in Transition: The Religious and Spiritual Lives of Emerging Adults and Lost in Transition: The Dark Side of Emerging Adulthood) shows that Mainline Protestant emerging adults are the least knowledgeable of and the least likely of any religious groups to remain committed to their religious identity.  Why?  We United Methodists (as a lot) do such a poor job teaching our young in a way that shows that these doctrinal beliefs really matter.  Far too many of us think they don’t.

So, how do we bear effective witness to Christ in 2013?

1.  We don’t worry about who controls the levers of pop culture or who controls the media or who has the upper hand politically, socially or morally.  (I’m not advocating disengagement, only lack of fretting and frustration.)  We simply need to be ready to give an account of the hope the lies within us.  Rather than spending so much time worrying about what we cannot control, let’s work on what we can – our own demonstration of the truth, goodness and power of the Gospel.

2.  We don’t worry about whether we have the right evangelism or witnessing methods.  The method is our life, shared transparently.

3.  We don’t fudge on the particularities of the Gospel.  It is about God’s love, to be sure, but God’s love demonstrated supremely and uniquely in Jesus Christ and him crucified (and raised from the dead – truly).  Not boundary-blurring pluralism, but a gentle, bold, clear, and specific: Jesus of Nazareth who came to seek and to save…

I hope 2013 shows us (especially United Methodists) doing a great job, in view of the trend of religious diversity, sharing our faith winsomely and effectively.

5 thoughts on “Christian Witness in a Diversifying Society”