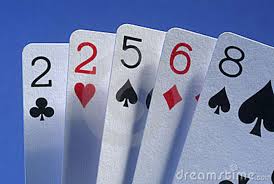 Officially, institutions of higher learning don’t care what college students do in their private lives, “after hours,” on their own time.  I say institutionally, because, of course, most people who work in higher education actually care deeply.  We love college students and want to help them become successful adults.  We’ve committed ourselves to journeying the proverbial four years with them as teachers, guides and mentors.  We care a lot.

But officially, in policy terms, schools have no opinion how students live when they are not engaged in work associated with the school’s activities (classes, sports, organizations).  Officially  – I emphasize this word – schools don’t get involved unless and until students’ private behaviors rise to the level of encroachment upon the rights or wellbeing of others or in some way break the law.  Officially, we don’t care what they do in their private lives.

In a previous post (“Choices and Inclinations“) I concluded that this institutional posture deals students a bad hand.  I’d like to develop that claim.  It starts with the division of all things into “public” and “private.”  Before we even start thinking about specific issues, we’ve already made a mental division that separates some behaviors into one category and some into the other.

This division goes back in western intellectual history, but the point here is that we all tend to think of certain activities as legitimate in the public realm – the search for knowledge, for example.  Law, business, politics, economics, “pop” culture – these are all considered “public” concerns.  “Private” covers behavior that is mostly more personal and relational.  What you do in your house, with your friends; what you do in other private associations like a religious group, it’s all “private.”

“Knowledge” is “public.”  “Faith/religion” is “private.”  And “morality” is almost always assumed to be connected to “faith/religion.”  Get the picture?

This set of assumptions drives policy in higher education, even, to a large degree, if a school is private and religiously-affiliated.  Thus, we have codes of conduct about academic honesty.  Beyond the classroom, we have specific injunctions against various dishonest behaviors like fake I.D.s or underage drinking, etc.

Here’s the problem: lots of really bad things happen in students’ lives long before this behavior rises to the level that gets a school’s official attention.  Hence, the bad hand.  Of course, a student may seek help from a school official and, in that sense, our institutional compassion goes into action.  But, for the most part, a school gets involved officially not until and only when these otherwise private matters become, in some sense, public, which means big and ugly.

This policy is based on what I referred to in the previous post as the assumption about humans as rational beings who, when given proper freedom and good information, make rational choices.  What students need, this view insists, is good information.  Give them good information, they’ll make good choices.  If you listen to any college’s orientation program, you’ll hear this message about a million times.

The reigning anthropology in higher education is naive and superficial – and it has become dangerous.  Too many of our students are morally unhinged, while we studiously avoid moral discussions and continue to revert to legal and ethical concepts that have been domesticated for public use by expunging their religious connections.  We are thus fiddling while Rome is burning.

Hence my interest in helping students think about, not just their choices and behaviors, but their inclinations prior to making choices and engaging in behaviors.  This is a big, big topic and I will forever, I think, be trying to wrap my mind around it.

Let me use a well-known situation from St. Augustine’s youth as an entry point for reflection.  In his Confessions, he recounts the time, when he was sixteen years old, that he and some buddies stole some pears from a neighbor’s tree in the middle of the night.  It shows the complexity of a soul’s inclinations:

For I stole a thing of which I had plenty of my own and of much better quality.  Nor did I wish to enjoy that thing which I desired to gain by theft, but rather to enjoy the actual theft and the sin of theft.

There is something “irrational” about his behavior, Augustine knows.  He wasn’t driven to theft by hunger.  The theft served no practical purpose.  He had his own pears, and of a better quality, so he didn’t steal to get a better taste.  In fact, the boys did not eat the pears at all, but threw them away, maybe feeding a few to the animals.

No, there was something about the thrill of stealing and getting away with it that inclined him to carry out the act.  What was it about the anticipation of an utterly useless and silly act that seemed so desirable?  Why is there a pleasurable thrill with stepping over the line?

Today, far too many college students find stepping over the line the thrill.  I have heard all manner of answers and many of them are partially satisfying.  What is lacking is the moral reflection that goes with helping students engage deep anthropological questions.   Students need assistance, challenge and encouragement to think about their inclinations.  They need to examine those pre-rational, so to speak, motives and desires that lie just under the surface of consciousness that push us one way, pull us another, and tempt us to do things that, if we really thought things out beforehand, we would recognize them as going against our values and better judgments.

On this point, one quick detour: it drives me crazy how we sometimes use neuroscience as a way of explaining – and, to some degree, mitigating – concerns about college student behavior.  The research shows that the prefrontal cortex is still developing in young adults (especially males) and suggests that they are not yet fully able to anticipate the consequences of an imagined action and therefore lack full impulse control.  There, that’s the reason(!) college boys sometimes do such stupid things.  Well, now that I know it’s brains causing the problem, I guess I can relax and not worry so much.

The institutional response to such concerns involves dispensing more information – or the same information in catchier ways.  And we trot out statistics to show that the “training” programs are effective.  I come from farm country and I can smell the bovine fecal matter in these rationalizations.  I rejoice whenever such training helps a student wake up and try a better way.  These programs do some good.  The problem is, all those other institutional assumptions mentioned above remain firmly in place, so we are constantly fighting a rearguard action.  We are always and will forever be one step behind the problems.

Colleges and universities must wholeheartedly seek to engage – as a normal part of the educational process – students’ moral reflections.  We must teach them again to use the robust resources of the Christian tradition.   We must help them explore their personal inclinations – their desires and motives that lead them to act sometimes in ways that, otherwise, they would not do.  In a big way, I’m talking about the liberal arts vision.  But for schools like where I have worked, that are religiously affiliated, we have rich theological resources at our disposal and we should use them.

Which brings us back to theological anthropology.  Augustine’s psychology is one reason scholars still read Augustine.  He had keen insight.  What are human beings made of?  What comprises our souls?  What shapes our thoughts, desires, motives and inclinations?  What trains our dispositions?

For my money, a good dose of exploration of the problem of original sin would be liberatingly illuminating for our students.  Something is not working in higher ed.  It’s time to try something else.

2 thoughts on “Why We’re Dealing a Bad Hand”