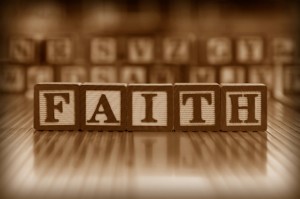 I have often heard from among people of my own denominational ilk that we United Methodists are “people of grace.”  That’s true, in one sense.  Anybody who has gone to seminary or read certain writings on John Wesley’s theology run across terms like “prevenient grace,” “justifying grace” and “sanctifying grace.”

We also talk about the “means” of grace – chiefly baptism and the Lord’s Supper, but also searching the scriptures, prayer, fasting, and other works of piety.  But John Wesley’s logic carries the means of grace further.  When we visit the sick and serve the poor, those actions, too, are means of grace, not only for the recipient of the service, but also for the servants.

So, lots of grace to go around for Methodists.  But we also make some mistakes when we talk about grace.

For one, I have a feeling other folks in the Reformed Tradition would be a little bothered by our claiming that somehow Methodists are people of grace.  Martin Luther and John Calvin, to mention only two of the list of Reformers, had a bit to say about grace.  And Catholic theologians get in on the act, too.  Thomas Aquinas promoted a version of prevenient grace, for example, but he also had a lot more to say about grace.

(Now that I’ve mentioned “prevenient grace” twice, I’ll have to explain it.  In short, it is a kind of preparatory grace, the work of God in us even before we know of God’s saving work in us.)

Come to think of it, grace is pretty important in practically every part of the Christian tradition.  So, why do Methodists talk as if we practically thought it up?  I have two possible answers.  Maybe you have more.

1.  We are ignorant of the larger Christian tradition.  We only know how the word “grace” gets used in teachings on the theology of John Wesley and of The United Methodist Church.  Now, I realize that only a fraction of United Methodists have read any part of the Book of Discipline, but right there on page 45 (2008 edition), paragraph 101, under the sub-heading “Distinctive Wesleyan Emphases,” we read: “Grace pervades our understanding of Christian faith and life.  By grace we mean the undeserved, unmerited, and loving action of God in human existence through the ever-present Holy Spirit.”

If I read this paragraph – or if someone teaches me from a paragraph like this one – I can fairly readily get the idea that “grace” is truly a distinctive Wesleyan emphasis.  That’s what the subheading says.  And that word “Wesleyan” can easily morph into “Methodist,” because it’s right there in the United Methodist Book of Discipline.

2.  We are so determined to be generous that we characteristically “err on the side of grace.”  This one bothers me more than a little.  Here we turn grace on its head, from #1.  There (#1) grace is the work of the Spirit to shed the love of God abroad in our hearts.  Grace is God’s action to help us become fully Christian and that grace of God meets us along the way no matter where we are.  Here (#2) grace is a kind of spiritual mulligan, a pass, a do-over.

We all love do-overs.  Thank God for them.  But the assumption that grace is a kind of indulgence is a dangerous notion.  God does not merely indulge us.  God changes us – through grace.

6 thoughts on “Too Much Erring on the Side of Grace?”