We have a little break in the action this afternoon here at the Princeton Forum on Youth Ministry.  I’ve heard several compelling sermons and lectures.  I’ve enjoyed good fellowship.  It has been richly challenging.  And I’ve done some teaching.  One more session to go, tomorrow morning. 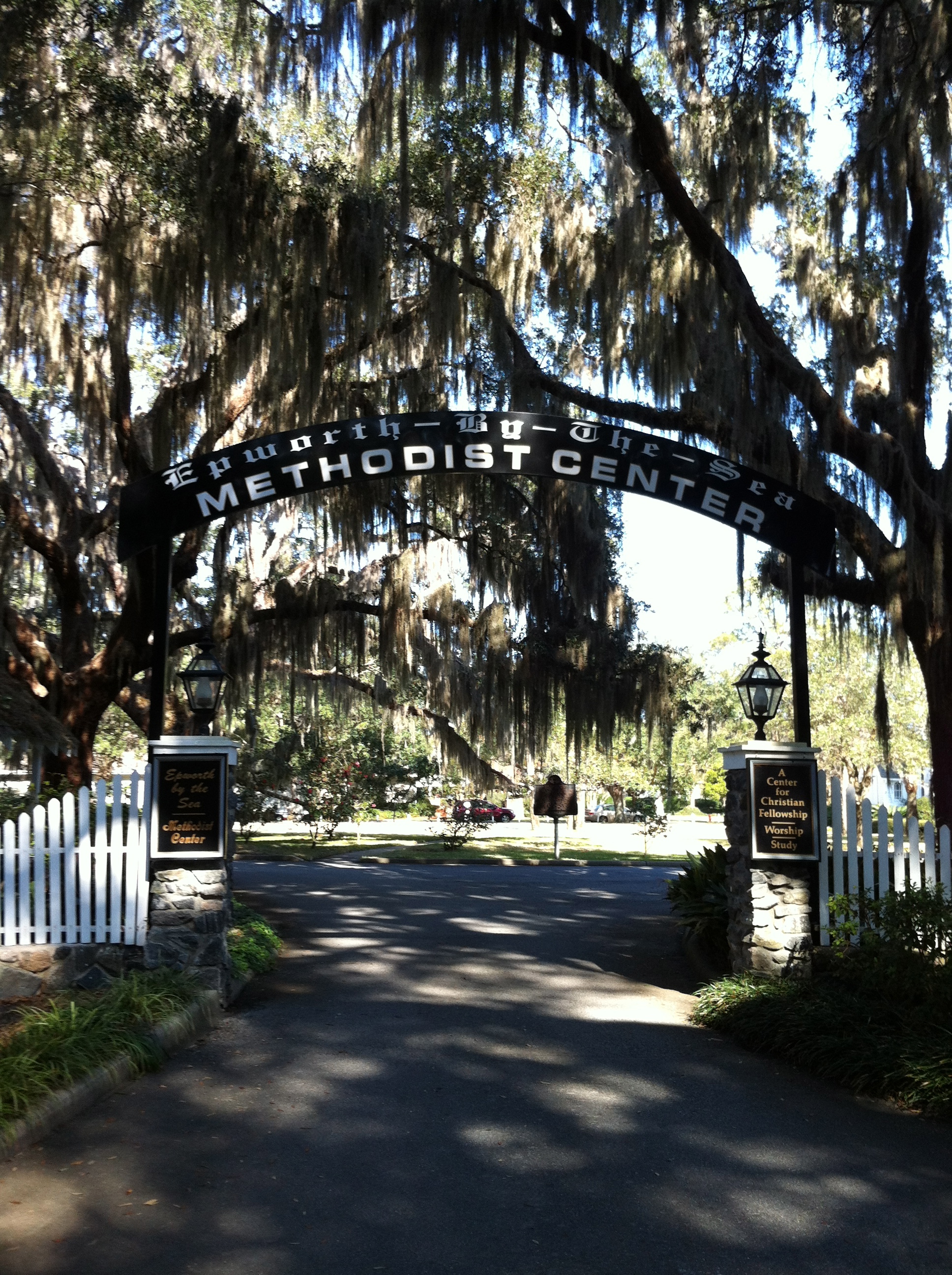 And it’s all happening at Epworth-by-the-Sea, a United Methodist center here in South Georgia.  It thus places me geographically in the neighborhood of John and Charles’ Wesley’s mission to the Georgia colony ca. 1737.  I’m going to hit a couple of the Wesley sites tomorrow after we’ve finished.  Today, standing in the shadow of our great Methodist forbears, I’m thinking about that United Methodist Reporter article I re-tweeted yesterday – that a Gallup organization representative thinks a renaissance in religion might be coming.  (http://www.unitedmethodistreporter.com/2013/01/qa-dont-rule-out-a-renaissance-of-religion-in-north-america)

The opening line reads: “Despite a deep drop in the number of Americans who identify with a particular faith, the country could be on the cusp of a religious renaissance, says Frank Newport, editor-in-chief of The Gallup Poll.”  He’s author of a new book, God is Alive and Well.  The article summarizes signs of this potential renaissance: “…the aging of the baby boomers, the influx of Hispanic immigrants and the links between religion and health could portend a bright future for faith in America,” (italics added).  Wow.

Please, Lord, let it be so.  And forgive me for doubting.  I just don’t see anything in these trends that says, “renaissance.”

Mr. Newport is not himself predicting a renaissance.  He’s simply pointing to factors that, read one way, might lead to renaissance.  Likewise, he rightly cautions that “nones” (the focus of lots of recent attention) covers people who actually are believers in some sense.  That’s a good thing.  Here I actually find good news.  The rise in “nones” does not mean a lessening interest in God.  In fact, I find a significant degree of openness to God-talk among people who are skeptical of religion, provided we engage in honest and kind conversation.

But, renaissance?  I just don’t see how these three factors, highlighted in the article, portend even a possible renaissance.  To be sure, the interview does say, “Don’t rule out.”  I would never do that.  God can break out any time.

So, what do we make of these trends?

2.  The country’s increasing “Hispanic population tends to be more religious.”  The Catholic Church benefits the most here.  This amounts to a blood transfusion for a hemorrhaging patient, not signs of a renaissance.  To be sure, new blood can bring new life, but the mere fact that the Catholic church’s drooping numbers will be held in check by Hispanic immigrants does not mean “renaissance.”

3.  “Religion has been correlated to health, so more people seek out religion because it’s good for them.”  Newport quickly notes that correlation does not mean causation: does being religious cause better health or are healthy people just religious?  Don’t know, but there’s a connection between the two for which we can feel grateful.

Signs of a renaissance?  I just don’t see it.

My worry: any scrap of something that looks like good news will be taken as more significant than we should take it.  We  thereby keep choosing the rags rather than the wedding garment.

John Wesley did say – and many of us like to quote – that he wasn’t worried that Methodism would cease to exist.  What worried him was our becoming a dead sect – having the form and lacking the power of godliness.  Spending time here at Epworth-by-the-Sea, I’m thinking about what Mr. Wesley said.

Spiritual renewal requires a number of important and difficult things.  At the core of any renewal we must find a fierce, unqualified allegiance to Jesus Christ and him crucified, raised and reigning.  To his teaching, to his embodiment and description of the life of discipleship.  And his teaching on discipleship covers all domains of life, from personal to political.

There’s nothing easy about spiritual renewal.  I surely do hope that we don’t use a few sketchy statistics to prop up a fragile faux hope and miss the chance at the real thing.

3 thoughts on “Sketchy Statistics and Hope for Renaissance”