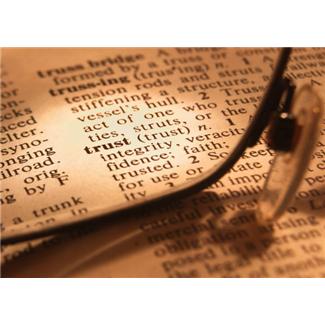 (This blog is an updated post from 3 years ago [2/27/2010], as I reflected then about the significance of the time of year for United Methodist clergy going through appointment changes.  Appointment time in United Methodism is always a little nerve-wracking for everybody involved.)

Since I work in higher education, I no longer suffer as acutely the pangs of worry and wondering that this this time of year brings. However, I quickly add that, as University Chaplain, I am under episcopal appointment.  The longer I am in the ministry, the more weighty the disciplinary questions about itineracy, about going where I am sent, become.

Thus, the great Methodist Migration each year always makes me stop and think.  Every year I have friends on the bubble, waiting to hear about their staying or moving.  It reminds me of the times clergy friends have spoken about the anxiety and powerlessness they feel in the appointment process.  As I work with young people who are considering ordained ministry, this subject – of itineracy, of going where God and the bishop send – comes up often.  (Yes, I do know the assumption in the way I just stated the matter.)  It just doesn’t seem right that someone else can decide where and in which condition you’re going to live.

Thus, Luke 9 is one of many scriptures packed with significance for any minister – United Methodist or otherwise – being sent.  And that sending comes in a context of a variety of powerful encounters that help us realize the importance of ministry.

Jesus calls and sends out the Twelve to do the work he has been doing – preaching the good news of the Kingdom, healing the diseased and liberating the demon-possessed.  He feeds the five thousand.  He asks the disciples about how people identify him.  He tells them that he’s going to suffer and die (he tells them twice in the same chapter).  He is transfigured.  He heals a demon-possessed boy whom the disciples could not heal.  He listens to his disciples argue about who is the greatest in the Kingdom (showing decisively that they don’t understand Jesus’ destiny).  And we haven’t even covered the whole chapter.

The passage prompts me to think about the paradox and the risk of itinerant ministry – well, ministry of any sort, actually.  First the paradox: On the one hand Luke indicates how deeply the sense of destiny, the calling to suffer and die, lies within Jesus.  There’s a Plan and he’s going to fulfill it.  It is set.  (Is it determined?)  Yet, at the same time and in the face of his destiny, the developing situation is filled with contingency.  There are lots of moving parts to the unfolding story.  A range of actors are making strategic decisions affecting the narrative.

Jesus is spiritually heading one way while his disciples think he’s heading another.  They know they’re going to Jerusalem, but Jesus seems to know that he’s going there to die, while the disciples think they’re going to establish Jesus as the King and to re-establish the Kingdom.  He warns his disciples, in effect, not to misunderstand his Messiahship, but they seem to do exactly that.  Jesus tries to control the “fame factor” that is working around him.  Lots of unpredictability and human agency.

The paradox: in the midst of what feels like so much unpredictability emerges a sense of divine providence, of guidance, but not heavy handed.  That guidance is more like the hand of an expert sailor on the tiller, light and responsive.  The world around us may feel pretty crazy, but underneath are the Everlasting Arms.

Yet, the risk is real.  There is risk in saying yes to the appointment process.  As a preacher’s kid, I experienced the appointment process all my life, long before I was, myself, directly under episcopal authority.  I spent my entire childhood until I graduated from high school, waiting to hear if we were moving or staying.  We lived in some of the most remote places one can find in rural heartland America.  I attended two high schools.  I was always “the new kid.”  I felt the risk of potential moves.

As a kid, sometimes the move really hurt.  I liked the school where I was and the friends I had made.  I finally was starting to feel “at home” there.  As a pastor, I felt the anxiety, waiting for the call to come, wondering what it would mean for me and my family.  I have felt, at times, confusion, worry and frustration, yes even heartache and anger.

Yet, those experiences are not the ones that stand out.  Even in the most difficult of situations, I felt the reality of God’s loving, guiding Presence.  In every case, God provided: good friends, a place to serve, a ministry that mattered.  And God provided growth – in me – growth that I desperately needed.

Only hindsight works here and no other kind.  Every aspect of my life heretofore has prepared me for the ministry in which I am now engaged.  I can’t say in a brief blog entry how, but I’m not kidding, every part, every place, every segment of time.

And I admit, I think the same is true for everyone in the ministry and subject to the appointment process.  I hope these words don’t sound too pious and unctuous.  I’m speaking the truth as I see and have experienced it.

I am praying for United Methodist pastors waiting by the phone – literally or figuratively – to find out where they will be sent.  May the Triune, omniscient God, who in Jesus Christ knows exactly the paradox and the risk of ministry, bless and keep your heart strong.

One thought on “Saying “Yes” to the Appointment Process”