What happened to the standing Committee on Faith and Order, established, I think, by the 2008 General Conference? I looked at several UM websites to see what I could dig up and found precious little, except for announcements about the formation of the committee and one 2010 update, which was basically about who is on it.  Has the committee gone into the deep freeze?

In my recollection (please correct me if I’m wrong), this committee was envisioned to allow for theological discussion free from the entanglement of counting votes.  They would have time for thorough deliberation.  I remember feeling encouraged because it looked as if we were beginning to recognize that some of our political differences reside more fundamentally in our doctrinal differences and it was time to get serious about working through them.

I’ve gone on my own little campaign about the importance of doctrine.  Whenever I try talking about it, I hear in my head (and sometimes from other people) objections like, “Doctrine divides.”  “Doctrine is really about power, deciding who’s in and who’s out.”  These worries speak truth, but not the whole truth.  These objections themselves are means of power.  Any claim, any argument, involves power.  We cannot avoid it.

In fact, it’s one of the reasons doctrinal debate is so important, because what we believe to be true about the basic claims of the Gospel does actually guide how we engage our mission.  Thus, I have taken to repeating that doctrine teaches us what to care about.  I don’t mean esoterica.  I’m talking about fundamental beliefs about the Gospel.  Everybody has such beliefs, liberal, conservative, progressive, evangelical, pick your label.

I wrote a chapter in the book, Aiming at Maturity 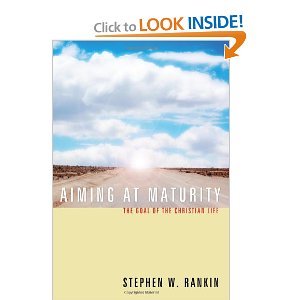 (https://wipfandstock.com/store/Aiming_at_Maturity_The_Goal_of_the_Christian_Life;  http://www.amazon.com/s/ref=nb_sb_noss?url=search-alias%3Daps&field-keywords=aiming+at+maturity%3A+the+goal+of+the+christian+life) about the shaping power of doctrine.   Doctrine has deeply practical consequences.  I do not think that, collectively, we are paying sufficient attention to this matter.

We United Methodists often care about radically different things and we spend a lot of time competing for institutional resources.  We exhibit deep division because I fear we do not in truth recognize each other as members of the same family.  We know we’re part of the same organization, but we think so differently about certain topics – and we care so much about them – that we have a hard time really believing that we’re part of the same body.

I venture into especially difficult territory with this next thought.  I’m starting to wonder just how much our ambiguity about United Methodist polity comes into play.  Maybe it’s not our polity, but the exercise of church discipline.  Either way, it’s difficult.  Since General Conference only speaks for the whole church, then our doctrinal emphases are set by this body.  In and around the 1988 General Conference, denominational leaders did a lot of work trying to clarify our doctrinal standards.  (Remember, for example, the debate between Tom Oden and Richard Heitzenrater about whether Wesley’s Standard Sermons and Notes on the New Testament should be juridically included.)  We dropped the term “pluralism” and tightened up the language about doctrinal standards in the 1988 Book of Discipline.

Then, it seems to me, we went back, for the most part, to happily ignoring them.  We give our general agencies a lot of lattitude with regard to how they express the views of the church.  Anybody following United Methodist controversies already knows about this one.  But more importantly, the main point of contact with regard to the dissemination of our doctrines happens at the local church level.  And that brings me right back to where I always seem to arrive – thinking about young people.

The longitudinal study that developed from the National Survey of Youth and Religion has shown in very convincing fashion that mainline Protestant youth – who now fall in the “emerging adult” category – are among the least likely to stay in the denomination of their youth and they are also incredibly inarticulate about what they believe.  This quality is the source of the now well-known phrase, moralistic therapeutic Deism.

Notice the doctrinal aspects of that description.  Somehow we have taught our young that certain ideas about the nature of God and the Christian life are really not all that important.  If you get God’s love and if you know that United Methodists are “people of grace” (as if Roman Catholics or Calvinists are not), that we are open and generous and we’re not going to push our beliefs on you, then you pretty much have what United Methodists believe.

Kenda Dean’s call to action in Almost Christian offers a crucial follow-up to the diagnosis. 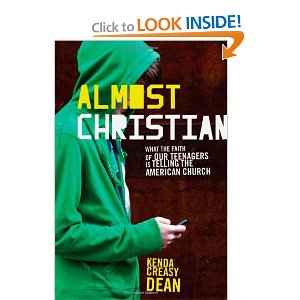 At denomination-wide levels, we have to begin again to engage in long term, systematic discussions about doctrine.  And we have to have these conversations separate from General Conference votes.  That’s why I was excited about the standing Committee on Faith and Order.  What happened to it?

One thought on “Standing Committee on Faith and Order: What Happened? Or How Doctrine Teaches Us What to Care About”