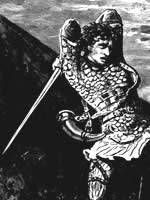 The Big Narrative in American (and Western) society is that religious faith is:

1.  dangerous (notice in the most recent Boston Bombing tragedy how stories about the bombers revolve tightly and consistently around “radical Islam”).

2.  irrelevant (This is a version of the secularization thesis, that, as the world modernizes, the need for religious faith declines.  This view has received serious criticism, but it is so ingrained that it continues to circulate widely, especially on college campuses.)

It troubles me how much The Big Narrative has a corrosive effect on the spiritual and moral formation of our young people.  It’s the main reason why I’m bothered enough to keep talking about it.  I’m not engaging in “the sky is falling” hysteria.  I am calling for a change in approach, especially on college campuses, toward general attitudes about the public expression of religious faith, even about large-scale social problems.  I’m pleading for the “keep your faith to yourself” attitude to soften and maybe even disappear.

As a follow-up to yesterday’s blog, I offer this affirmation: religiously committed people contribute much good to the Common Good.  They are motivated to serve others precisely because of their religious faith.  This statement runs exactly counter to The Big Narrative.

Robert Putnam and David Campbell in their recent book, American Grace: How Religion Divides and Unites Us (2010), are among the most recent of students of American religion to identify this fact:

Controlling for all standard background factors…we find that people who became more closely involved with religious networks between 2006 and 2007 became better citizens and more generous neighbors.  They volunteered more, they gave more to secular causes, they went to more public meetings, they were more likely to vote in local elections and more likely to pitch in on some community project.  Conversely, those people whose ties to religious social networks slackened somewhat over this year reduced their civic involvement in all these ways. (p. 476)

Furthermore, religiously active people are more likely to get involved in community projects outside their religious circles.  (p. 477)  This is as true of conservative (evangelical) Protestant Christians as it is of any religious group.

By the way, don’t worry about the narrow time frame referenced above.  These sociologists are doing what good social scientists do.  They set up a well-designed research method that allows for generalizable conclusions.

Authors Douglas and Rhonda Hustedt Jacobsen in their most recent book, No Longer Invisible: Religion in University Education (2012), quote another sociologist, Robert Wuthnow:

Look at this claim: If you read your Bible regularly and pray regularly, you are more likely to get involved in social service than if you don’t.  Reading one’s Bible is more likely to lead to social good than to violence.

None of these authors is saying that religious people are “better” than anyone else.  That is a silly, fruitless comparison.  They are simply pointing to consistent visible patterns of behavior, to demonstrable qualities of religious people, then doing a comparison with non-religious people.  Remember, my concern has nothing to do with “who’s better,” but with the misleading, spiritually debilitating influence of The Big Narrative.

I come from small-town America (the great State of Kansas).  If you’ve ever lived in a small town, you know how important churches are to the community.  I was tickled, years ago, to find Ram Cnaan’s et. al. 2002 book, The Invisible Caring Hand: American Congregations and the Provision of Welfare.  It gives a telling picture of what never makes it into The Big Narrative.  In the authors’ words, these congregations strengthen the “social fabric” of communities.  One of the towns they mention is Council Grove, KS and the dozen or so congregations working together to meet local needs.  God bless you, Council Grove.

I have no intention to cover up Christian sins.   We Christians have done and said things that hurt people, that harm our witness and wound the Body of Christ. It’s much better that we admit, without the slightest hint of self-vindication, when we do wrong.  Acknowledging this sad fact, we still need to recognize just how helpful, how involved, how open, how caring, how loving, how committed and socially engaged, many, many Christians truly are.  I could say the same about people of other religious faiths, but the truth is, I don’t read much in The Big Narrative about Hindu, Buddhist or Jewish hypocrisy, narrowness and cruelty, so let me focus on my own spiritual fellow-travelers for the moment.

The Big Narrative – that religion is by turns dangerous and irrelevant – is itself dangerous and misleading.  That is why, for instance, “spiritual but not religious” (a prominent theme in higher education) needs scrutinizing.  Most importantly, that is why colleges that enthusiastically promote honest, risky public engagement, dialogue and even debate about religious faith in public life offer a much better education and a vastly more enriching environment for students than do the schools that, for whatever motive, ignore faith.

The question then becomes, “How?”  As religiously diverse as American society has become, how do we realize this vision of open engagement and religious involvement with competition and conflict?  How do we keep from lapsing into either sectarian squabbling or lowest common denominator generic “religion?”  I have a few ideas.  They’re coming, slowly…

2 thoughts on “A Better Narrative: Religion Contributes Much Good to the World”